Introduction to the Counter Earth Grid

The Turians originated in IRC, in 1996. In time they went to Second Life (SL), and left SL in 2011 to open their doors in OSGrid as autonomous regions. In 2014, they separated completely from OSGrid and became a stand-alone OpenSim grid, taking on the name of Counter Earth Grid and opening the doors to all of Gor.

CE is the premier on-line location for Goreans and Gorean homes. It was founded by long-time Goreans, for Goreans, and Goreans administer the entire grid, ensuring that issues and disputes will be handled in the appropriate Gorean fashion.

The Counter Earth Grid encompasses the entirety of the Gorean world, stretching from the arctic tundra of the Red Hunters in the north, down to the deep southern plains of Turia and the Wagon Peoples. From the Barrens in the far east, out across gleaming Thassa and past the World’s End to the Isles of the Pani. It is possible to travel from any point in Gor, to any other, by walking, riding a wagon or kaila, or riding a tarn.

Within the grid are the various cities, towns, fortresses, and homestead of Gor, all connected together through CE’s Public Lands, also called ‘connectors’. While the cities, towns, fortresses,and homesteads are leased virtual properties under the sovereign control of the leasees, the Public Lands are under the authority and responsibility of CE’s administration, and open for all members of CE to use, to travel in, to roleplay or just relax in. 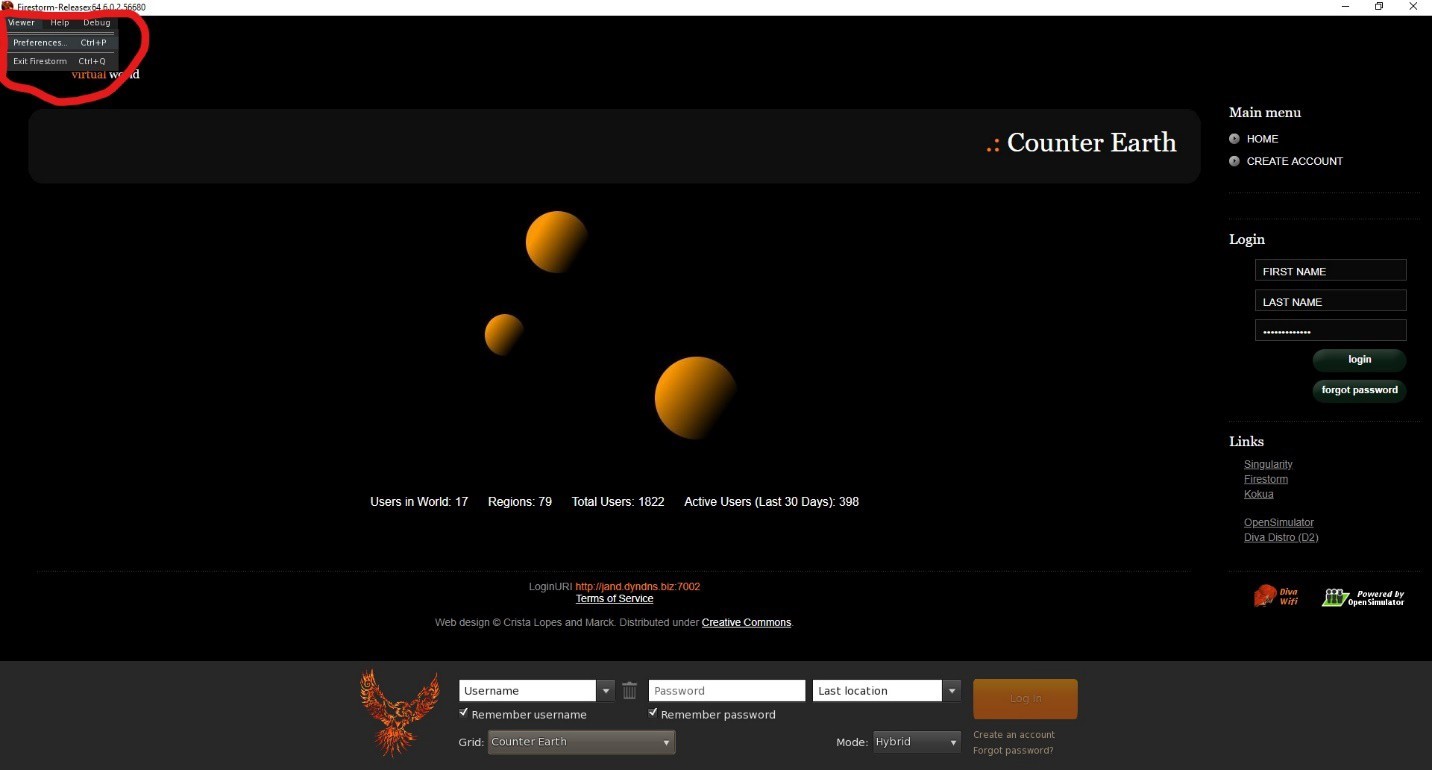 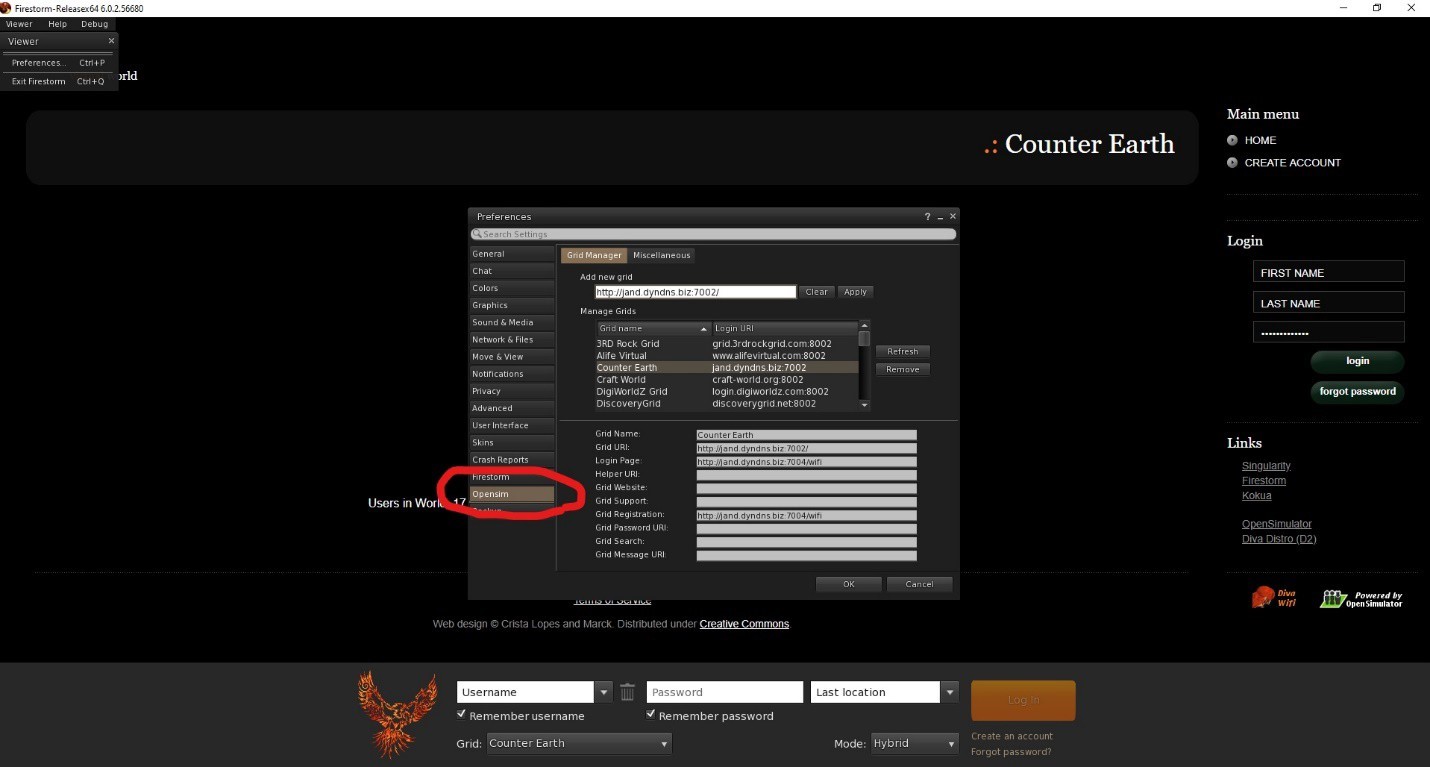 4. In the middle of the OpenSim Tab you will see the Grid Manager. In the Add new grid space copy and paste this: http://jand.dyndns.biz:7002/ then click the apply button to the right. Click okay to close the preferences 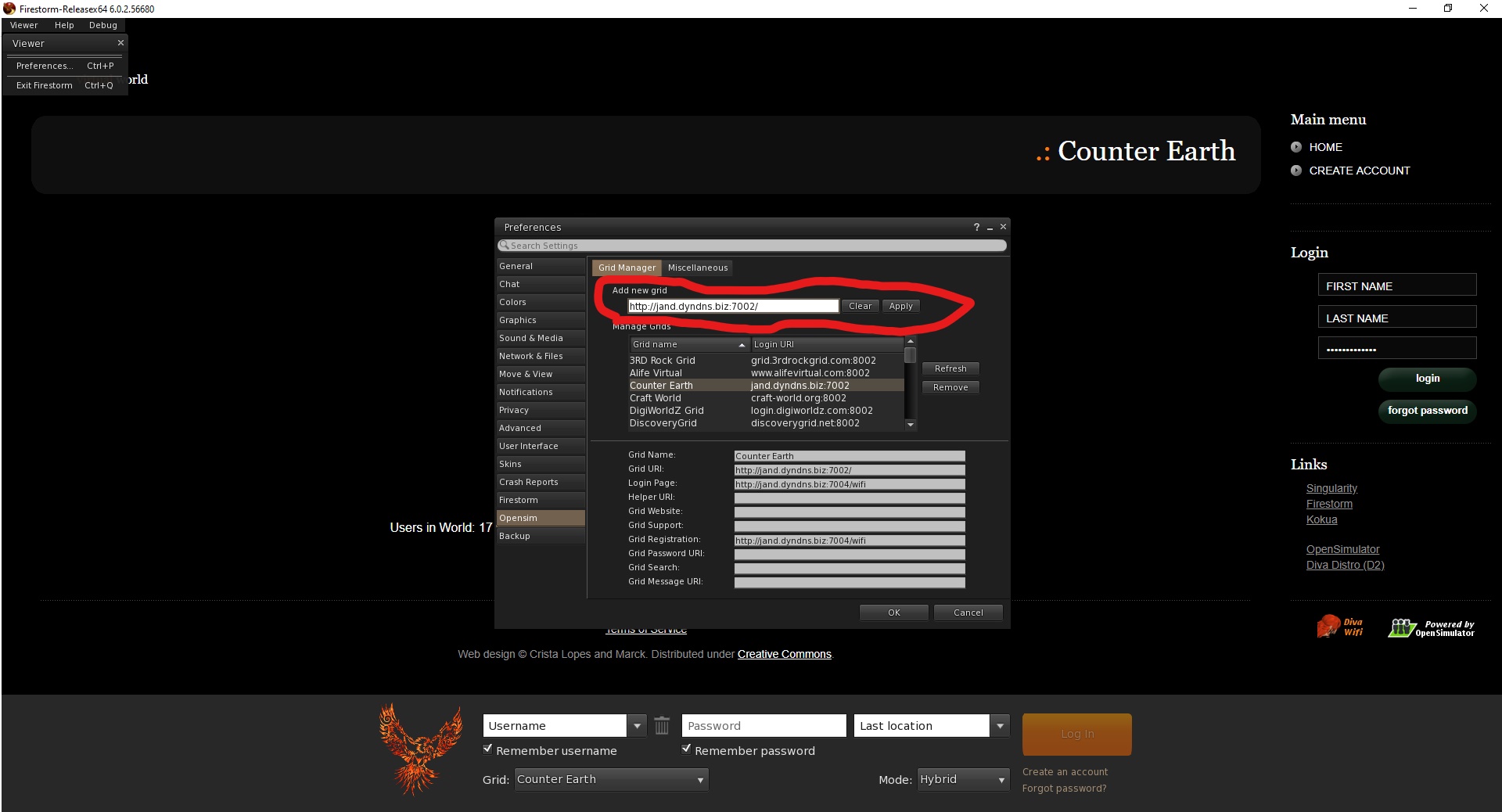 5. At the bottom of the viewer you should now see the word Grid with a selector to the right. If you do not see it at this time then use Shift-Ctrl-G at the same time to bring up the Grid Selector pull-down option. Use this pull-down to Select Counter Earth. Put your first and last name in the Username field, separated by spaces, and your password in the Password field for the character you just created when you registered on this website. 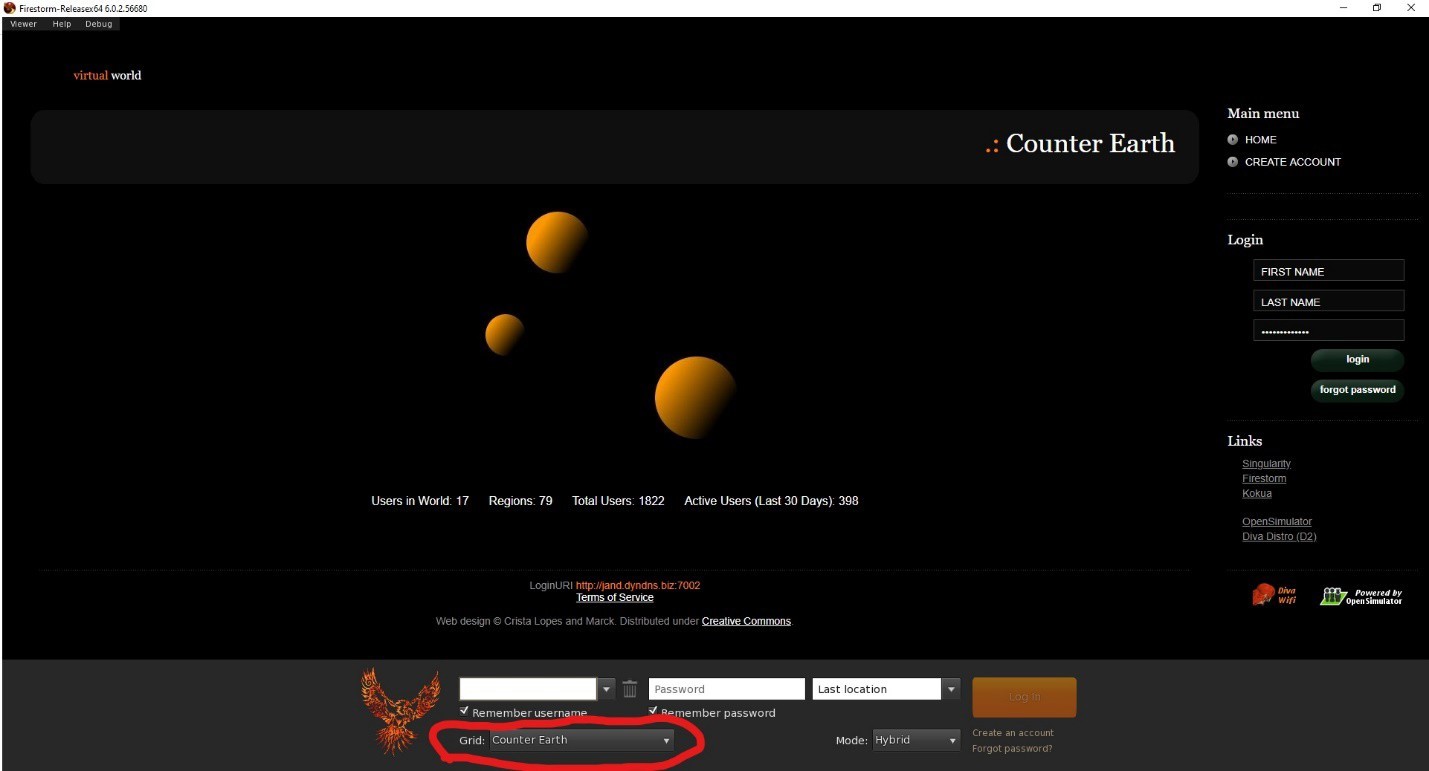 For Technical support issues, please email: This email address is being protected from spambots. You need JavaScript enabled to view it.

Here on Counter Earth Grid we do everything we can to put our best foot forward, but we are not always perfect. Please remember that our support staff is a volunteer group of people that give up their real-life to support our grid.

Please see our "Region Rental" tab to learn more about how to rent a region in Counter Earth Grid.  Please Contact kindra Turian in world or via email at This email address is being protected from spambots. You need JavaScript enabled to view it.for sim rental information.